By Arfon John (PRO at NPS)

Yes, “I was there!” at the Grand Theatre on Saturday Apr 2st, 2007 when Max Boyce officially opened “The Welsh Salon of Photography” on behalf of this year’s host club, Neath Photographic Society.

The Salon’s opening ceremony was the culmination of many months of careful preparation and a frenetic couple of weeks framing the 160 prints and then hanging them on the Friday before “The opening”.

I well remember the initial meeting in 2005 when Dewi Jones (then club Chairman), suggested that it might be a good idea for Neath PS to host “The Salon” in 2007 to coincide with Roy Thomas’ 2nd Presidency of the WPF (Roy being a long-standing member of NPS). It was thought to be an excellent idea and we agreed in principle as long as we could find a suitable venue. Unfortunately we failed to find a venue in the whole of Neath & Port Talbot, which was a pity, but The Grand Theatre Arts Wing in Swansea was available and was duly booked for the event.

The next question was, who could we get to open the event? Normally the host club asks a celebrity from their area to be the â€œOfficial Openerâ€. Now who could we get from Neath? Dewi Jones immediately said â€œI wonder if Max Boyce would do it? I know heâ€™s very busy but letâ€™s ask him. If he can be there heâ€™s sure to draw a good crowdâ€. Within a day or two a bi-lingual letter of invitation was sent to Max, and being the man he is, with his roots set deep in the Neath valley and its people, he replied saying that heâ€™d be delighted to help us. Diolch yn fawr iawn am dy gymorth parod Max.

Excellent, we had a grand venue, we had a great guest in Max; now all we needed were about 400 top class images. No problem.

This year the opening ceremony attracted a very good attendance of about 120; a much better turn-out than usual, and I noted that almost everyone seemed to have come armed with cameras; maybe it was the Max factor! Dewi’s cunning plan had come up trumps. Indeed Max commented that he’d never seen so many cameras and that he felt like Katherine Jenkins! Unfortunately for us he didn’t look like her, but we knew what he meant; I think.

The Grand Theatre Arts wing proved an ideal venue, allowing the prints to be displayed on two floors in good north light; whilst “The depot”, on the third floor, converted into a small “cinema”; just the job for showing the projected images and presenting the Awards. Congratulations to all prize winners and details of the latter can be seen in the Salon catalogue or on the WPF website at: http://www.thewpf.co.uk

Haydn Thomas, our new Chairman at NPS welcomed everyone to Salon 2007 and thanked his predecessor Dewi Jones for all his hard work in putting everything together before introducing Roy Thomas, President of the Welsh Photographic Federation.

Roy then thanked Neath Photographic Society and all other parties involved in hosting the Salon. He then introduced Max Boyce and invited him to present awards to the prize-winning photographers before declaring the WPF Salon of Photography 2007 open.

For us at NPS it’s been a good Salon 2007 experience and we hope everyone finds some pictures to please them at The Grand. If any club hasn’t hosted “The Salon” then why not have a go? I recommend it as a great team-building exercise. 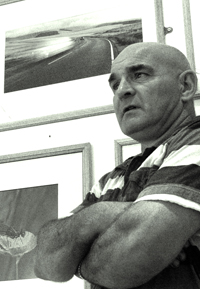 Our work is now over until May 12th when we take the pictures down and then we will be able to say: 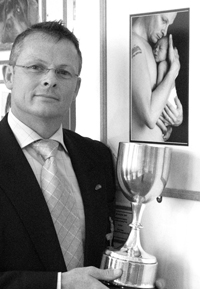 Member of the WPF